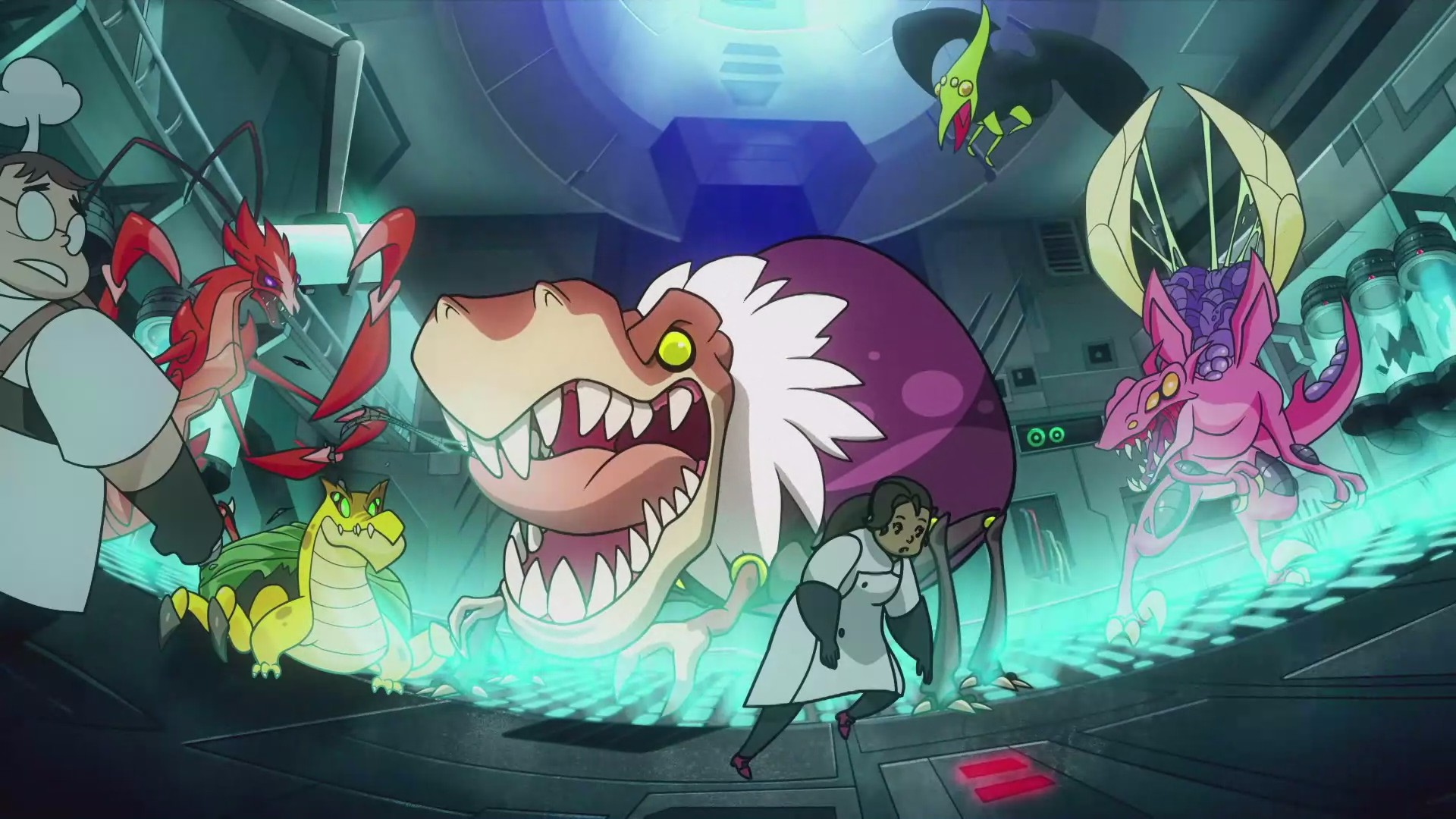 While it turns out that WayForward's RWBY: Arrowfell won't feature co-op, the same can't be said for another upcoming title from the fan-favorite indie developer. Spidersaurs is due to launch in less than two weeks, and it will definitely support 2-player local co-op. A run-and-gun shooter in the style of Contra 4 (which WayForward also developed), Spidersaurs is a game that fans of the genre won't want to miss.

The concept behind Spidersaurs is silly but fun. The questionably benevolent InGest Corp has genetically engineered a huge array of dinosaur/spider hybrids as a new miracle food supply. One day, things go awry, however, with the titular creatures turning on their creators and threatening to run amok. Only a pair of human volunteers (one a punk guitarist and the other a police cadet) whose abilities have been enhanced by eating Spidersaur meat can step in and save the day. Spidersaurs is a run-and-gun shooter/platformer. One or two players will step into the labs, jungles, and other environments of the InGest facility and blast the heck out of hundreds of Spidersaur monsters. Players start with no special abilities other than being able to swap between two weapons (Contra III-style), but after defeating huge bosses and eating their meat (yum?), the heroes will eventually gain the power to climb walls, double jump, and more. Stages can scroll both horizontally and vertically, and they sometimes feature auto-scrolling vehicular sections (like in TMNT: Shredder's Revenge) too.

If you can't wait to battle against hordes of weird spider/dinosaur monsters, then you're in luck. Spidersaurs will launch on Xbox, PlayStation, Switch, and Steam on Thursday, July 14. We'll have more juicy details in our upcoming developer interview as well!