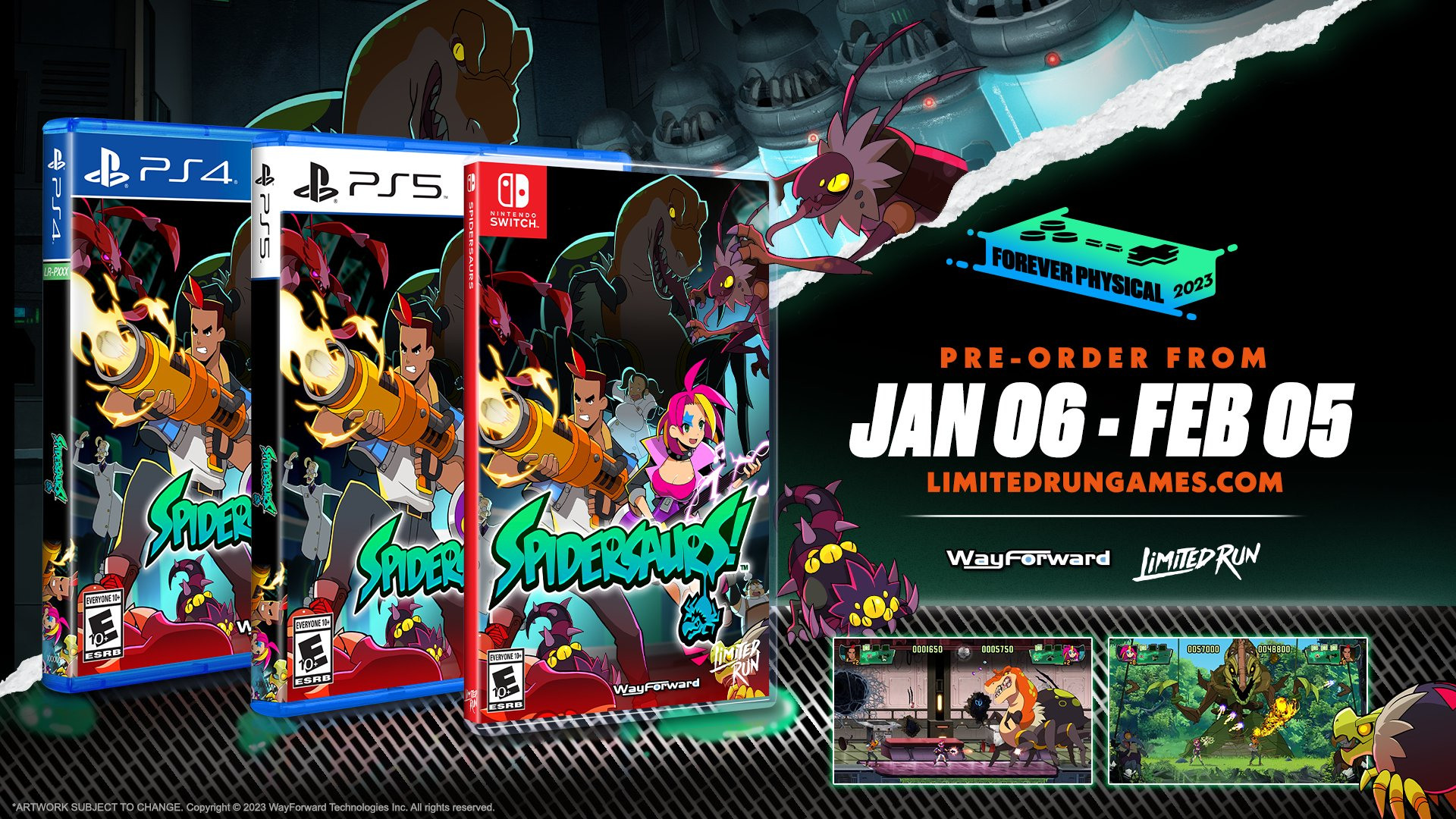 WayForward's Spidersaurs is a charming run-and-gun shooter that launched digitally last year. The game combines the excitement and challenge of Contra with a colorful Saturday morning cartoon style. It also features 2-player local co-op, a helpful feature when blasting away at hordes of dinosaur/spider hybrids. Collectors will soon have a chance to join in the fun now that Limited Run Games has opened preorders for both standard and collector's editions of Spidersaurs. The soundtrack was composed by Harumi Fujita, composer of Strider and Chip 'n Dale: Rescue Rangers - an impressive pedigree! Preorder the edition of your choice at Limited Run Games. The digital version of Spidersaurs costs $19.99 on Xbox, PlayStation, Switch, and Steam.