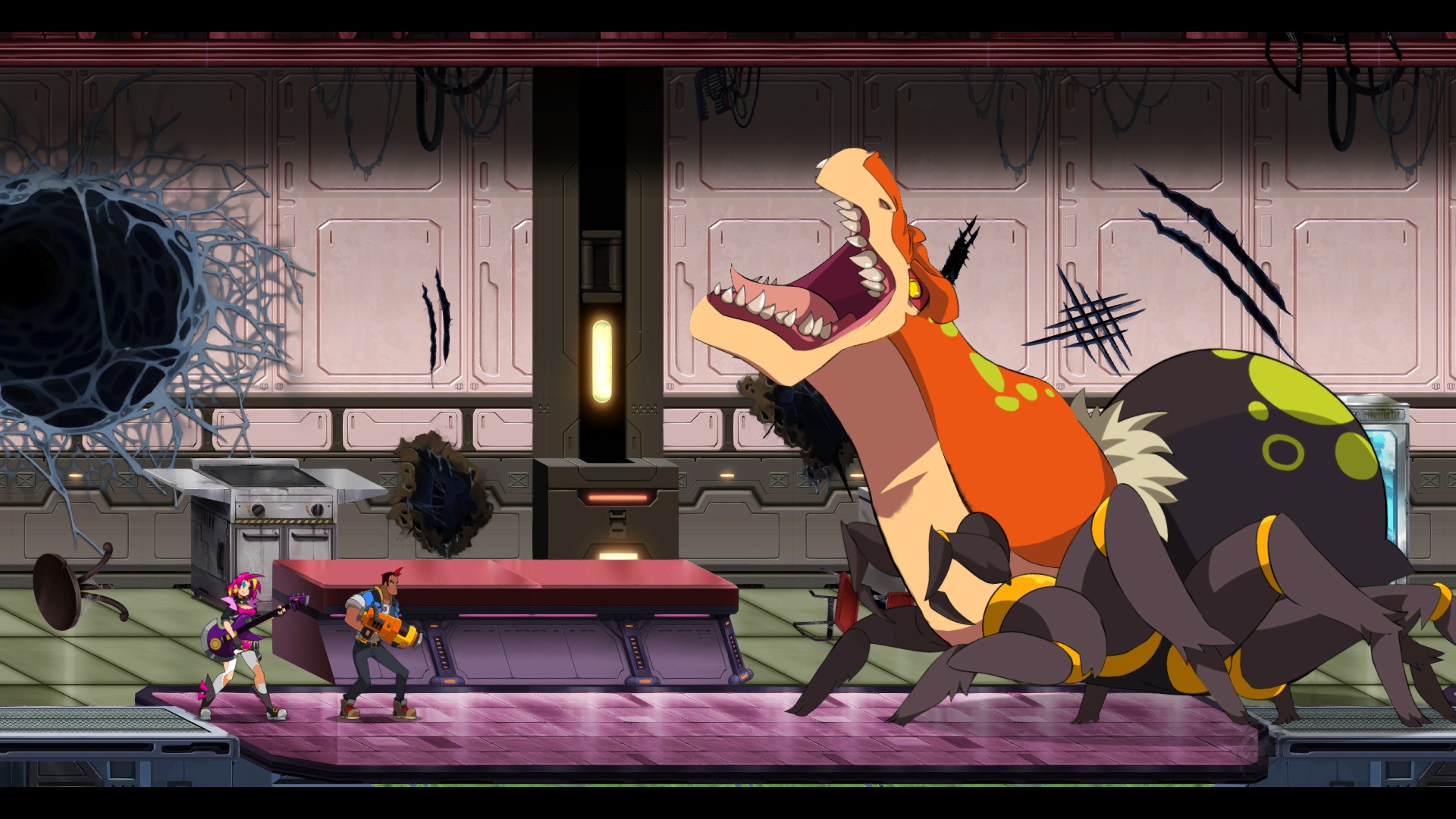 We've been so excited for WayForward's new run-and-gun shooter, Spidersaurs, that we interviewed the developer ahead of release day. Spidersaurs lets players arm up and blast away at a variety of freaky dino-spider hybrids. It's a deliberately cartoon-like concept that allows for colorful characters and levels, not to mention widely varied and unique monster baddies. Spidersaurs has finally launched on all major platforms, complete with 2-player local co-op.

In Spidersaurs, the questionably benevolent InGest Corp has genetically engineered a huge array of dinosaur/spider hybrids as a new miracle food supply. One day, things go awry, however, with the titular creatures turning on their creators and threatening to run amok. Only a pair of human volunteers (one a punk guitarist and the other a police cadet) whose abilities have been enhanced by eating Spidersaur meat can step in and save the day. Spidersaurs costs $19.99 on Xbox, PlayStation, Switch, and Steam. We'll have a full co-op review soon. In the meantime, be sure to read our developer interview!