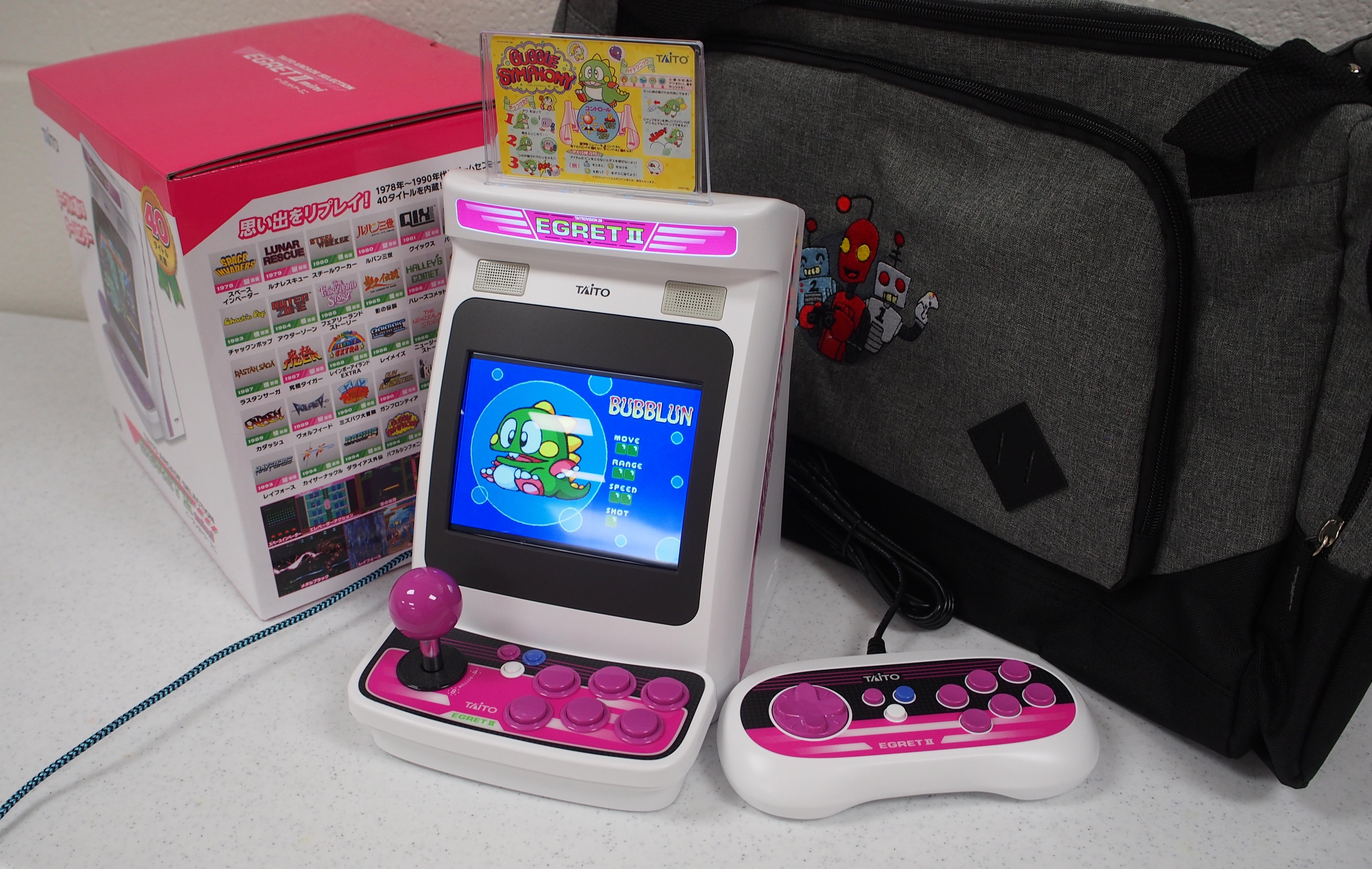 The Taito Egret II Mini arcade cabinet has just launched in Japan; preorders for the non-Japanese version are scheduled to ship in May. With the English version still available to preorder from Strictly Limited and Games Rocket, fans of classic Taito arcade games have some time left to pick up a cabinet and accessories. Prices for the Egret II Mini start at $230, though. They're not cheap! We've got a Japanese model, so we'll show you what you're getting when you buy Taito's mini arcade cabinet.