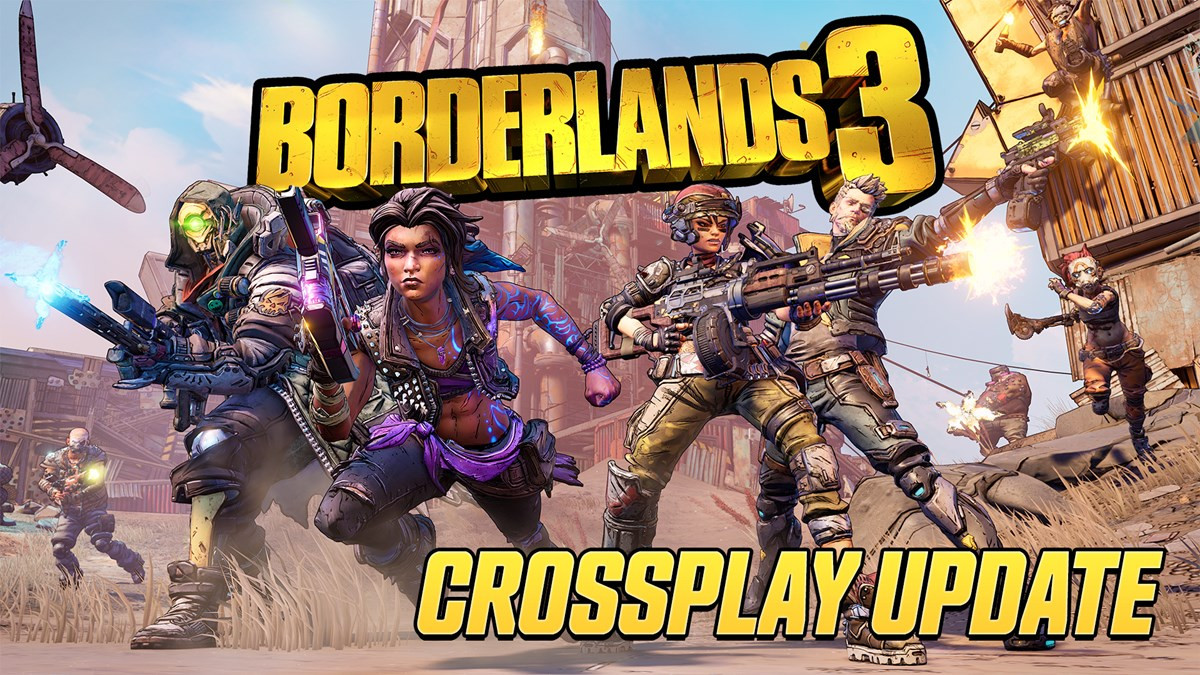 Borderlands 3 is one of the biggest co-op shooters around. It's not exactly hard to find other players with which to co-op loot-shoot, but more potential players is usually better, right? As of today's update, finding online co-op partners should be even easier; crossplay (cross-platform multiplayer) has finally come to most versions of Borderlands 3. The update also adds permanent seasonal event toggling, a new level cap increase, and more.

Crossplay, which was teased by Randy Pitchford before the game's release in 2019 and reconfirmed on May 27 of this year, is available on all platforms except for PlayStation. According to Pitchford, Gearbox was "required by the publisher to remove crossplay support for PlayStation consoles." This is likely due to the fees that Sony charges publishers of popular games that institute crossplay in PlayStation titles, as revealed during Epic's court case against Apple.

Crossplay is enabled through Borderlands 3's SHiFT Matchmaking system. After installing today's update, players must opt-in before they can play with gamers from other platforms. Whether players opt-in or not, everyone must choose a "Crossplay Display Name." To change your display name from within the game:

Click Social, switch to the SHiFT tab, and change your Crossplay Display Name in the Account Details section. Today's update also includes the following features, which should be available on all platforms, including PlayStation.

Did we mention the Xbox version of Borderlands 3: Ultimate Edition is on sale for $49.99 right now? There's still plenty of time to play this game before the fantasy-themed spin-off Tiny Tina's Wonderlands comes out in 2022.