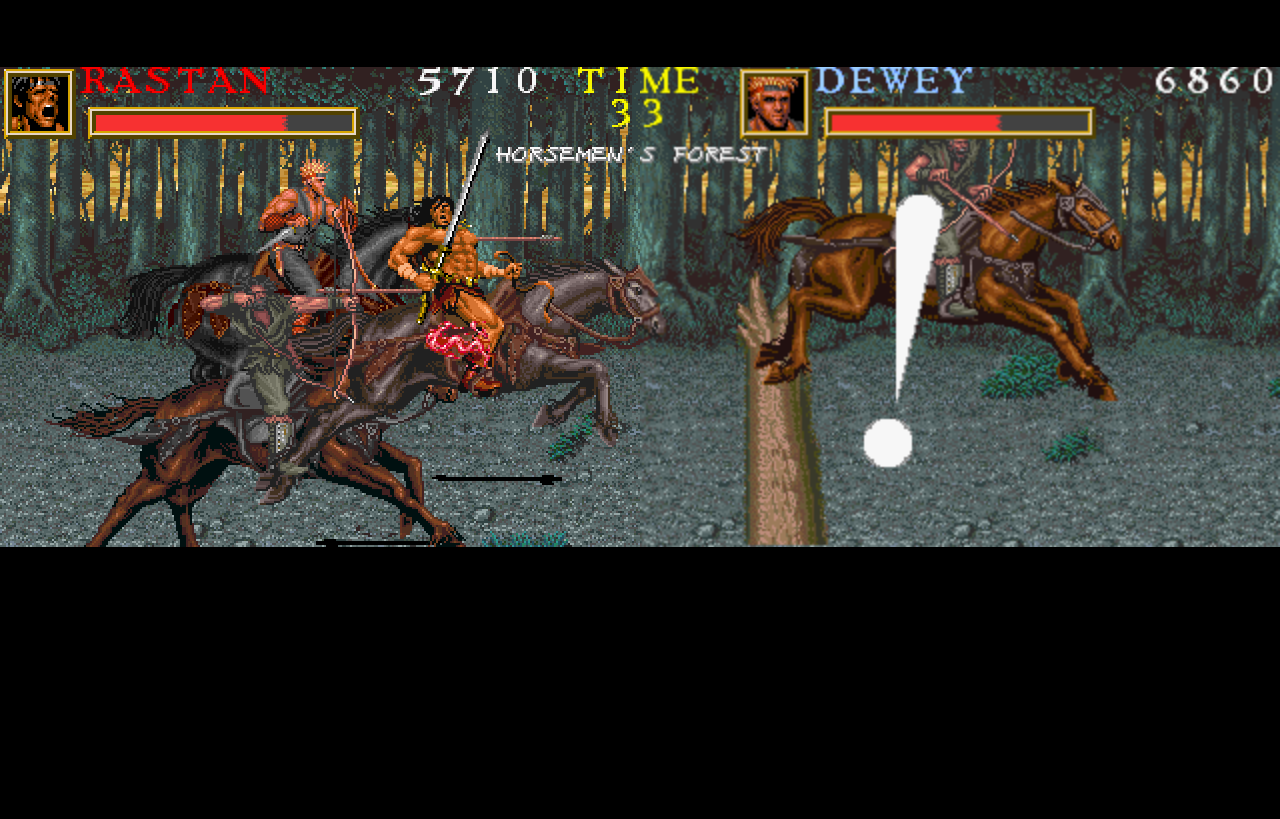 As home arcade fans surely know, iiRcade is a home arcade cabinet/console for which players can legally purchase classic and modern indie games. This week, the platform’s co-op options just improved thanks to the addition of online co-op to the excellent Warrior Blade: Rastan Saga Episode III as well as the launch of a new beat ‘em up with local co-op, The Age of Heroes: Silkroad 2. This week’s batch of games to go online consists of the following:

It’s great to see two more co-op classics get the online treatment, especially Warrior Blade: Rastan Saga Episode III, which we recently featured in our Co-op Classics column. Warrior Blade is a 2-player fantasy-themed beat ‘em up akin to the Golden Axe series. The game features three selectable heroes (including Rastan), an ultrawide playing field, and some great 2D graphics. Warrior Blade is only available on iiRcade (not even the Egret II Mini has it), and now it can be enjoyed with either online or local 2-plater co-op.

iiRcade’s online multiplayer support is currently in alpha status, so common features like a friends list, private games, and voice chat are still missing. To play with a friend, you basically have to set the game up in advance since nobody wants to sit around in matchmaking forever. We hope that as more games gain the benefits of online play, iiRcade will improve and refine the platform’s online multiplayer features.