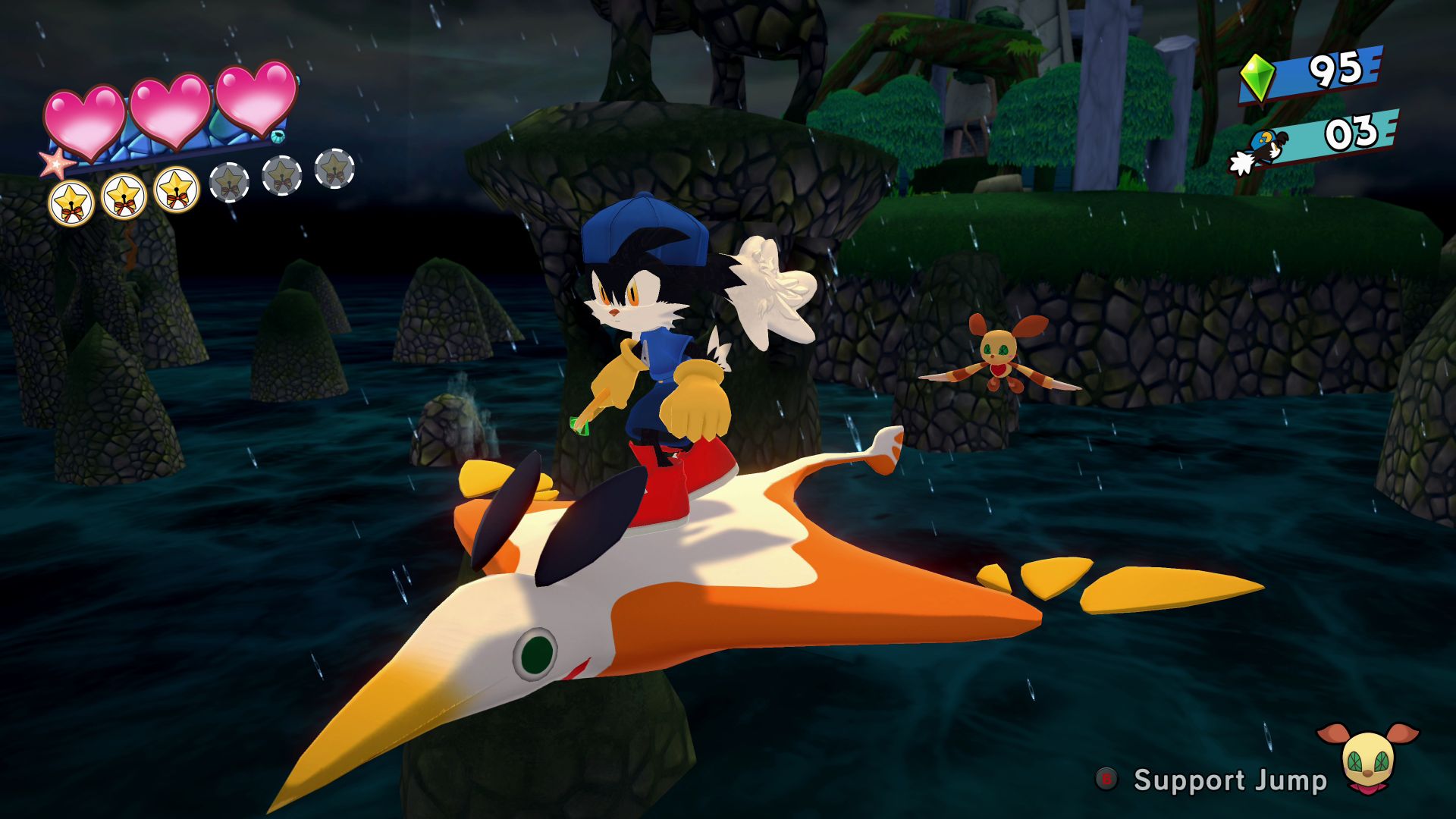 Back in the days of the first PlayStation, Namco released a magical 2.5D platformer called Klonoa: Door to Phantomile. It would go on to inspire several more games such as Klonoa 2: Lunatea's Veil for PlayStation 2. 25 years later, the first two games have come to modern platforms in HD remastered form as Klonoa Phantasy Reverie Series. Not only are these games still magical, but Bandai Namco has added a co-op mode to both titles!

The game launches directly into a menu that allows players to select from both Klonoa and Klonoa 2. Upon choosing a game, players can choose between Easy and Normal modes. Easy increases the range of Klonoa's wind bullets and grants him two extra units of life. The individual games have their own option menus that allow for control customization and toggling a CRT filter. Both games in Klonoa Phantasy Reverie Series are 2.5D platformers. Klonoa, a dog-like creature with big ears and a hat, will run left and right through colorful 3D environments, collecting dream stones and finding collectibles (either trapped citizens or bells). Klonoa can fire wind bullets to attack enemies or activate things in the environment. Hitting an enemy with a wind bullet will cause Klonoa to grab the enemy. He can then throw the enemy or use it to perform a double jump.

New to Klonoa Phantasy Reverie Series is the ability for a second player to act as a support character. After activating the second player (by having the first player pause and press the appropriate button), the partner can then help Klonoa perform support jumps. These will launch Klonoa further into the air, making it easier to reach high places and items. It's a very asymmetrical co-op mode, but certainly helpful for the main player.

Klonoa Phantasy Reverie Series sells for $39.99 on Xbox, PlayStation, Switch, and Steam. The Switch and Steam versions also offer the Special Bundle DLC (with a soundtrack, artbook, and extra costumes) for $19.99. We'll have a co-op review of the game soon!