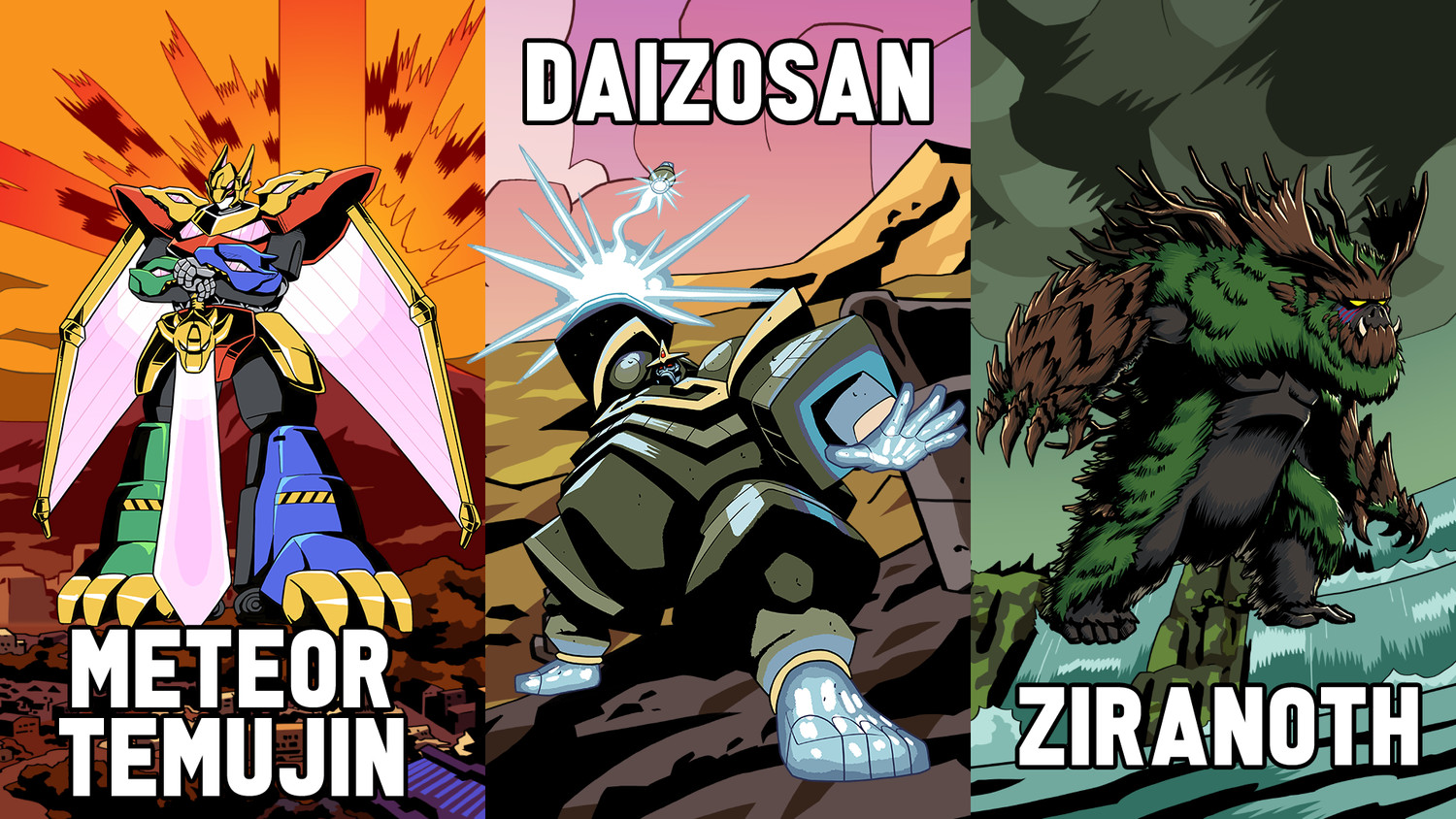 Earlier this year, WayForward and 13AM Games unleashed Dawn of the Monsters, a kaiju-themed beat ‘em up, onto consoles and PC. The game features four gigantic playable monsters and/or robots who must save the world from an alien invasion. With over 30 stages of brawling and citywide destruction, Dawn of the Monsters already packs a big punch. But the game will get even bigger when the developers add a new playable monsters - and fans can vote on the new character!

The poll, which lasts until midnight EST on November 15, offers three potential protagonists to choose from:

Out of the three choices, I favor Meteor Temujin for its Voltron-inspired appearance and quartet of young pilots. Zinaroth, as an ape-like kaiju, might have been my preference, but he's a bit too far from a standard ape design for my liking. The 13AM Games website has background info for each kaiju and its pilots. Only one of the three titans will be promoted to playable character status, so vote while the poll is open!

WayForward and 13AM Games announced additional DLC as well in the form of new modes, missions, and Japanese voiceovers. Some of the new content will be free and some will be paid. Dawn of the Monsters is already a pretty huge game to begin with, but it will still exciting to see it expand with more content.

Dawn of the Monsters is a 2D beat 'em up set in a near future in which the Earth is threatened by gigantic monsters called Nephalim. With four playable monsters, wieldable weapons, an upgrade system, over 35 levels, and 2-player local co-op, it's a truly giant-sized beat 'em up. The character designs and artwork come from a who's-who of kaiju artists as well, making for an impressively authentic experience. Read our developer interview for more details!