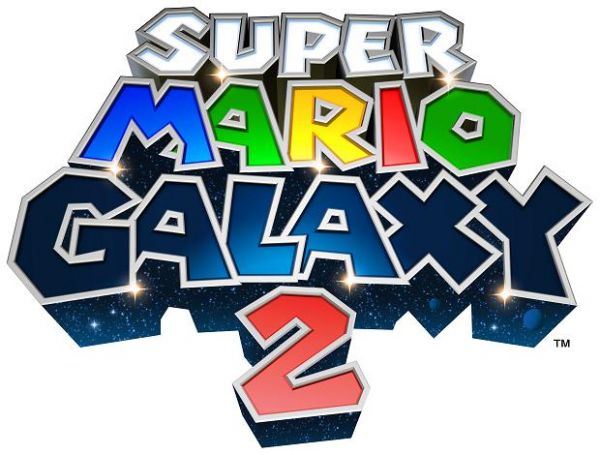 Earlier this week, we got a glimpse of Super Mario Galaxy 2's co-op mode in action from a screenshot taken off the official Japanese site for the game.  While it wasn't much to go on, we were, never-the-less, hopeful that the second player would have more to do this time around than just shoot stars at enemies.  Joystiq.com recently had the opportunity to get some hands-on time with the co-op mode, and it sounds like our hopes weren't entirely unfounded.  In addition to having more direct interaction with the enemies, your star buddy will also be able to more directly support Mario in his adventure across the galaxy. The first stop on the tour was the Yoshi Star Galaxy. With Nintendo Treehouse's Bill Trinen in control of a Yoshi-riding Mario, I was able to help him out as player two, a Luma that automatically tags along and can do more than just grab Star Bits (as anyone wielding a second Wiimote in the first game could). Using my clearly labeled "Player 2" pointer, I was able to interact with objects and enemies in a variety of ways. For one, I could point at coins and press A to collect them and bring them back to Mario. More importantly, I could do the same with enemies -- except, when I grabbed them, shaking the Wiimote sent them packing. Player two can also squish spiky plants (as long as A is held down) and grab air bubbles for Mario when he's underwater.

It seems that Nintendo's more aware of bringing a better co-op experience this time around with Super Mario Galaxy 2, as not only are they making a point of demoing it to people, but they're also including it in the official details they're releasing about the game.

Randy goes on to discuss some other new features, such as a new Cloud Suit for Mario that allows him to create floating platforms, and a "Super Guide" that will essentially play the level for you if you're having too much trouble with it (though doing so carries some penalties).  Randy concludes his preview piece by saying that Super Mario Galaxy 2 feels like an actual sequel, and not just "Super Mario Galaxy 1.5."  All of this sounds very promising for a much more rewarding co-op experience this time around, and it won't be too much longer until we'll all be able to get our hands on it.