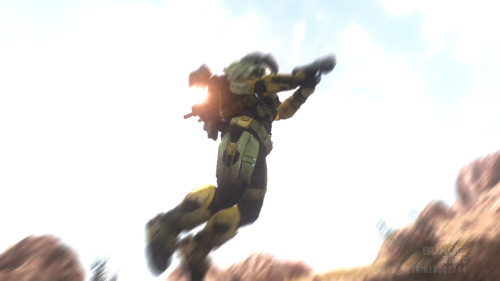 Just moments ago we suggested that gamers install their copy of Halo Reach to their Xbox 360 hard drive in order to enjoy the game with faster load times. Beware though, 4GB Xbox 360 owners may not be able to play Halo: Reach in co-op at all. According to reports, new Xbox Slim owners are having some issues with playing the co-op at all.

Error messages pop up for Xbox Slim owners saying they don't have authorized hard drives installed. Weird, because they come built-in by Microsoft, but here's what the Q&A says about it:

A1: One or more players do not have a certified Xbox 360 hard drive attached to their Xbox 360 console. Some multiplayer aspects of Halo: Reach require an Xbox 360 certified hard drive.

Yea, that's odd. It looks like this issue only effects the co-op, adding an extra USB memory stick doesn't help, and even some crazy European retailers are bundling Halo Reach with the new Xbox Slim. Of course, you can go out and buy an additional Hard drive for a mere $129.99, or wait for Microsoft to fix the issue.

Microsoft is aware of this insane issue, and is currently working on a solution. We'll keep you posted on this as we hear more.