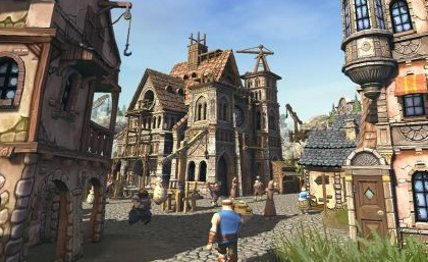 So...you never bought The Settlers 7: Paths to a Kingdom for a potential co-op patch. Okay, so you never actually bought The Settlers 7 at all. Well...this news isn't for you, then. But for those of you who do own The Settlers 7 it might be interesting to know that the latest downloadable pack - DLC Pack 4 - is currently available for $4.99 and adds two player co-op support and two co-op exclusive maps, among other things. If you don't feel the urge to expand your experience for a mere fiver, then you'll be delighted to know that a free compatibility patch is available...and it provides the capability to play co-op with anyone else who's installed the patch or DLC Pack 4.

Granted, two player co-op isn't that huge of a jump, but it's free. Show me a gamer who argues with "free" and I'll show you a PSN user on Easter Sunday.