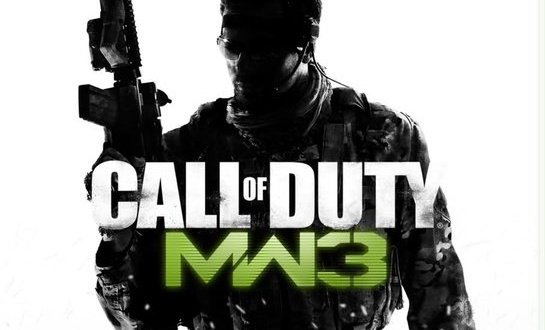 Battlefield 3 looks like it will top previous titles in the Battlefield series, what with destructible maps and a co-op campaign... But wait - what's this? From the shadows appeareth the arch-nemesis!

Bwah ha ha ha haaa! Yesss...it is I, Modern Warfare. Only this time you will not overpower me with your superior physics and four-player co-op modes!

Don't look now, but it seems the Call of Duty franchise may be returning with Call of Duty: Modern Warfare 3, and in 2011 at that. The above and below images are supposedly official, leaked by a source who also claims that Modern Warfare 3 will feature "destructible environments" and "large-scale maps", and may include recurring characters.

Reportedly the game is being developed by what's left of Infinity Ward, with assistance from another internal studio - most likely Sledgehammer Games, whose involvement is the Call of Duty series is already established via press release.

What hasn't been mentioned yet is whether or not the title will support any kind of extensive co-op mode(s). If Infinity Ward truly wants to compete with Digital Illusions (DICE), then they'd better have a better co-op showing than they did last time.

As a final note: when these images were leaked, they were packaged in with another logo - one for something called Call of Duty: Elite. There is a lot of speculation that this is in regard to a social project tie-in; possible a micro-transaction online store, or a rewards/veteran program similar to what the Battlefield series has in place. What does this all mean?

It means that someone has been putting extra time in with graphic development - either doctoring box art in a basement, or creating it in an ActiVision cubicle.

Only time will tell. About 27 days' worth.