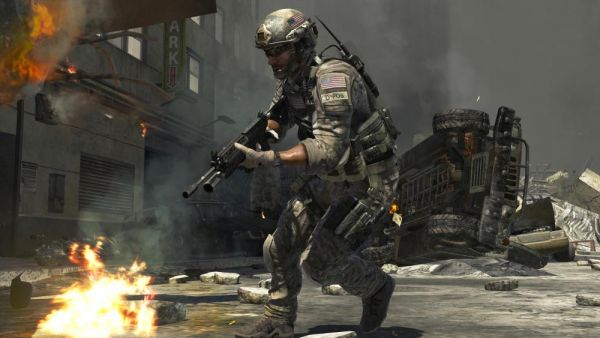 Revealed last week, Call of Duty: Modern Warfare 3 is set up to be another huge blockbuster hit for publisher Activision.  Once again though, after being officially announced, we wondered "what about co-op?"  Sadly we still won't be getting campaign co-op in the game, wouldn't want to break the story or anything, but we will be getting a return of Spec-Ops.

The mode is getting expanded for Modern Warfare 3, adding full multiplayer treatment like the game's versus mode.  Players will be able to earn experience and utilize a progressive ranking system, online matchmaking is also being added along with leaderboards.

Also being added to the mix is a new gametype for Spec-Ops called survival - where like the many games before it - players will face off against wave after wave of increasingly difficult enemies.  The maps for this mode will be set in the game's multiplayer versus arenas.  The enemies in this mode won't just be cannon fodder soldiers with machine guns though, that means the juggernaut returns as well as other surprises.

As we dispatched ever-increasing waves of enemies, I discarded my pistol for a shotgun. Rubin passed me some in-game currency and I bought and installed a turret to keep the evildoers at bay, while I watched for attack dogs. After a few waves, the attack dogs became suicide bomber dogs that exploded a few seconds after you shot them. The next wave brought the kamikaze soldiers who exploded similarly.

Visions of the hell hounds from World at War's zombies mode suddnely filled my head.  Its not clear yet if the game will house the bot capabilties that Black Ops had for the combat training co-op, but with 5 months until release there's plenty of time for the hype machine to keep on rolling.

As of now Spec-Ops supports two players online and locally like the Modern Warfare 2 before it.  Modern Warfare 3 will be out November 8th, 2011 on the Xbox 360, PlayStation 3 and PC.