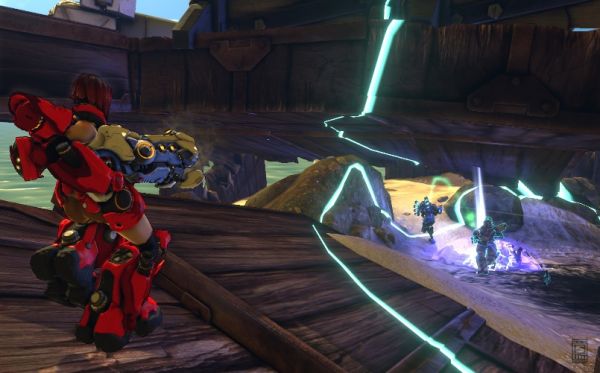 A new genre-bending MMO/shooter is coming out this December.  It's called Firefall, and it looks promising.  We've already covered the game's co-op and interviewed  the developers.  We even got our hands on a preview build.   We've liked what we've seen so far. This video shows the game in all of it's massively multiplayer shooter glory.  Firefall can be played in the first or third person perspective, and player skill will greatly influence combat.  It also appears that the lady armor sets are pants-optional.  Giggity, indeed.

Firefall is currently set for a December release on the PC, and will support hundreds of players online, and five player co-op squads.