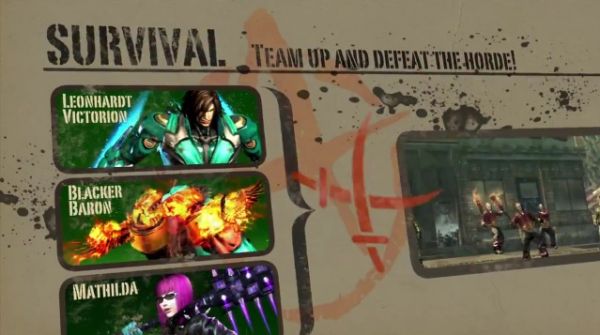 Anarchy Reigns' rarely seen Survival Mode has made an appearance.  The latest trailer from Gamescom 2011 is as over the top as ever.  It features a four player deathmatch and a three player survival mode.  After a minute and a half of gratuitous, juicy violence they all take a break and play baseball, or something.  Japan is crazy.  I played the game at E3 and it was a hot mess.  It was a fun hot mess, but sloppy all the same.  We'll see if they've worked out all the kinks when the game comes to the Xbox 360 and PlayStation 3 this January.