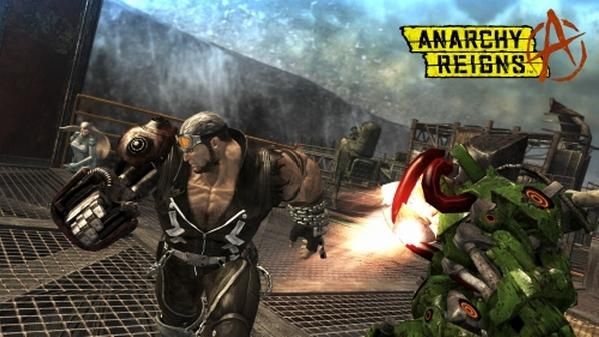 I've been trying to figure out exactly what the heck is going on in these Anarchy Reigns videos.  Two men with different intentions, but the same goal, arrive in the ruined city of Altambra.  They're looking for some sort of mystery man.  And then the "usual suspect are ready."  "Usual suspects?"  Which one is usual?  The robot bull with the jet powered hammer? The tiger man with his gun leg? What about the hulkified-pig-man, or the transformer?  I'm done trying to figure it out.  I'm just going to sit back and enjoy the show.

Anarchy Reigns will be out in January on the Xbox 360 and PlayStation 3.  It supports three player online co-op.