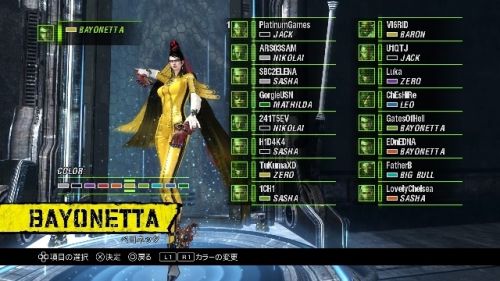 In "delayed" news, Anarchy Reigns has been delayed in North America and Europe. Platinum Games broke the bad news last week on their website, saying that Sega had changed the scheduled release date to TBC. At least two Co-Optimus staff members are "totally bummed." The launch date remains unchanged in Japan, where Anarchy Reigns (known there as Max Anarchy) is still scheduled for a July 5th release. Man, they get all the good stuff first.

This wouldn't be a proper Anarchy Reigns update without some insane new screens and a ridiculous new video. The trailer is over four and a half minutes long and covers the many, many game modes the game supports. Yes, there is a cooperative survival mode, but the main focus is on player versus player combat. Check out the trailer. It's a doozy.

Wow. Is your 4th of July as ruined as mine is? I'm so depressed this game isn't coming out on the fifth. Anyway, you may have noticed some new and/or unfamiliar characters in the video. Honestly, I couldn't keep track of it all. 16-man Battle Royales can be hard to follow. We've got screens of Maximillian and Douglas, two more characters joining the Anarchy Reigns roster, at the bottom of the page. They might have been in the fray above, or maybe some of the established characters were in alternate costumes- the point is, Jack shoves a street sign through Big Bull's head.

If you want to try before you buy, (who doesn't?) a demo will be available tomorrow. The catch? You guessed it, it's only available in Japan. All is not lost! If you have a Japanese PSN account you can dive into the demo. I can tell you from experience that it's a great way to realize you don't know Japanese. According to Andriasang, the demo will allow players to experience portions of the single player two-sided story mode as well as play deathmatch and team deathmatch. Neat!

Anarchy Reigns supports three player online co-op. Hopefully it will arrive stateside soon after the July 5th Japanese release. It will be avaiable on the Xbox 360 and PlayStation 3.