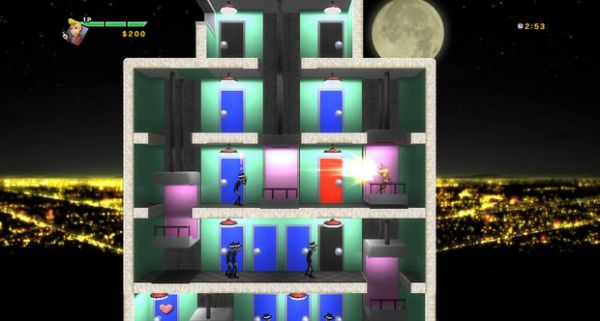 Most of the time, we know about co-op game releases quite a bit ahead of time.  In this case, a new release almost snuck right past us, which is appropriate since the protagonist is a sneaky spy type.  Elevator Action Deluxe is coming to PSN on August 30.  It looks to be a fairly faithful remake of the classic Elevator Action from early 80s arcades.  Players must move between doors and floors while dodging enemies and scoring points.

Co-op has been confirmed, but few details are known at this time.  We suspect it will be two player local co-op, since Elevator Action Deluxe's competitive multiplayer is acknowledged as being offline only.  Classic gaming fans like myself will likely enjoy this one.