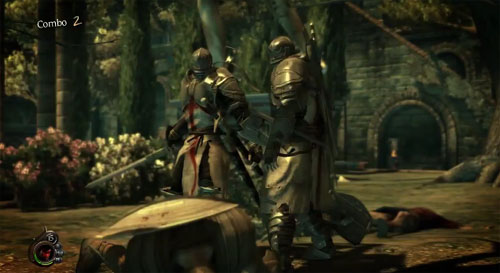 A new Cursed Crusade trailer recently came out which highlights the game's fighting system. Sure, it may be in German, but the language of hacking, slashing, and otherwise maiming knows no boundaries, as far as I'm concerned. The trailer shows various methods of stabbing and slashing with swords, axes, and spears, much to the chagrin of the enemies. For those of you who are faint of heart, be warned that some of the combat is quite brutal - but oh, in the most satisfying bloodspurty way.

The Cursed Crusade is due out September 16th in EU and October 11th in NA on PC, Playstation 3, and Xbox 360. As we previously reported, the game will only be $40 on launch.