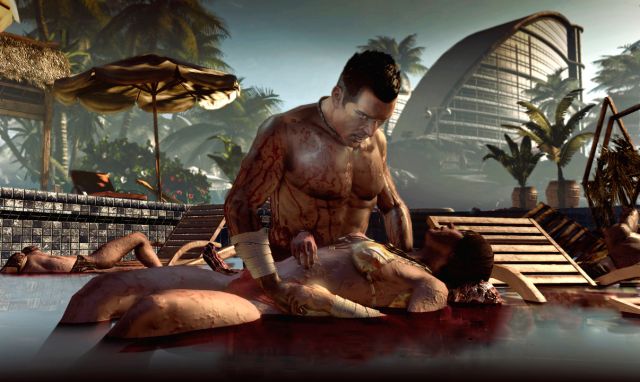 It's been a hell of a week for Dead Island.  After disastrous launch issues on Steam, reports of rampant bug infestation, and an individual developer's offensive joke, Dead Island is still doing remarkably well. (At least, that's my deduction, if my Friends List and Twitter have anything to say about it.)  We were able to look past these minor flaws (we played the Xbox 360 version) and gave Dead Island a perfect co-op score.  The game is simply amazing, and it's about to get a whole lot amazing-er.  The Bloodbath Arena DLC is scheduled to go live by the end of the month.

In this mode you and up to three friends will take on waves of zombies in four different arenas.  Yep, it's another survivor mode.  So what's the big deal?  Experience and items carry over to your story save, that's the big deal.  Bloodbath Arena will be free to people who ordered the Special Edition.  Everyone else will have to fork over $10 bucks, or 800 Microsoft points.  I don't enjoy telling anyone their business, but Deep Silver might want to toss their afflicted Steam customers a bone and offer this one up on the house.  PC gamers are people too.  You just don't see them in the wild that often.

Dead Island is out now on the Xbox 360, PlayStation 3, and PC.  It supports four player online co-op.