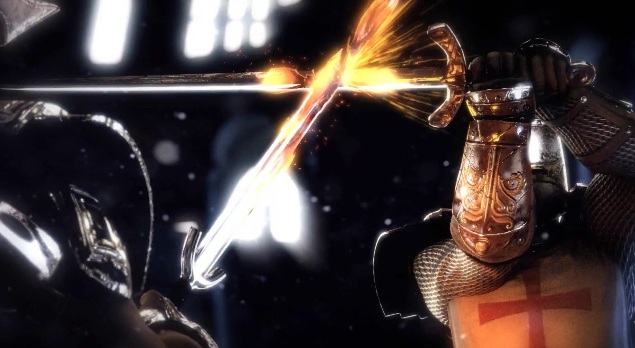 Game trailers come in many different flavors.  Most splice together dynamic gameplay footage and add in some appropriately themed music, tossing in a quote here and there.  Others are crafted around an emotion, which works to varying degrees.  (See Dead Island or the latest Gears of War 3 trailer.)  Then there are others that tell you exactly what you can expect in the game.  They screen almost like a manual. That's what we have here.  The following video appears to check off boxes on a features list, telling us every bullet point in The Cursed Crusade.  It's not artsy, but damn, it got me interested in the game.

This trailer helps the game stand out in a crowded fall release schedule.  Contrary to the given date in the trailer, The Cursed Crusade comes out on October 11th for the Xbox 360 and the PS3.  There is a PC version, but it hasn't been scheduled for a US release, yet. .  Even more tantalizing is the $39.99 price tag and the fact that The Cursed Crusade will support two player local or online co-op.  Check out the trailer for every detail imaginable, along with plenty of stabbing.  Lots and lots of stabbing.