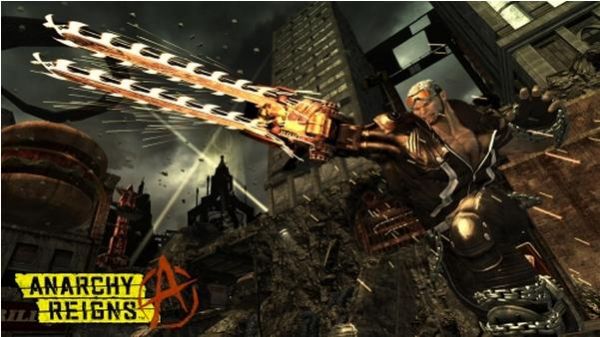 Anarchy Reigns, Sega's online multiplayer fighting game, has been pushed to July 3rd.  The game was originally expected to be out in January, but it has been moved back so that Platinum Games can make it "longer and larger."  Platinum has been responsible for some  crazy, over the top games of late, including Bayonetta, Vanquish, and Madworld.

I had the opportunity to take Anarchy Reigns for a spin at this year's E3.  The part I played was a four player fighting game where everyone swarmed on the person with the lowest life bar.  It was very base, somewhat shallow, but overall fun.  Hopefully the devs will work on expanding the cooperative survival mode, which looks promising, if you're a fan of co-op brawling.  Gary Knight, Senior Vice President of Marketing at SEGA West., had this to say about the delay:

ANARCHY REIGNS brings a new take to the brawler genre and we have decided to take a little more time to deliver the full knockout punch. I can’t reveal much now, but it has something to do with scale. Let’s just say traditional one-on-one or two versus two fighters will be a thing of the past…

Anarchy Reigns will support four player online co-op.  It will be available on the Xbox 360 and PlayStation 3.