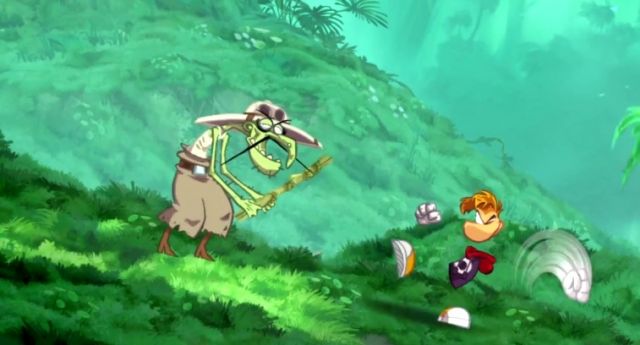 Oh, the violence! In the below trailer, Rayman and friends show you ten hilarious ways to "bubblize" enemies in Rayman: Origins, the four-player co-op game due next month. Lemme tell ya - it ain't pretty.

Punches, underwater spin attacks, and Super Slaps abound in this fun tutorial on how to vanquish the Darktoons. There will be no grisly deaths here; Rayman and pals prefer instead to turn enemies into helpless, floating obstacles that can be popped or used for springjumps. Looks like the entire family will be able to get in on the co-op...without worrying about the little ones getting into Daddy's toys.