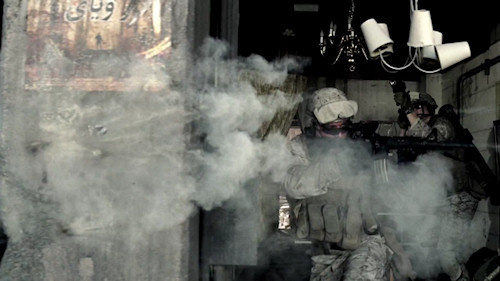 Don't blink.  Not even for a second.  You might miss the transition in the latest TV trailer for Battlefield 3 which seamlessly blends real world warfare action with scenes from the game.  Can you tell the difference?

Sure, the post right below this might say Battlefield 3 looks like a standard definition game on the Xbox 360 if you don't use the high resolution textures - and even if you do - there's little chance this footage on display is from any console version of the game.  Still, it's very impressive of what DICE is able to achieve with their FrostBite 2 engine on PC.

Battlefield 3 is out on PC, 360, and PS3 this Tuesday and features a two player online co-op campaign.