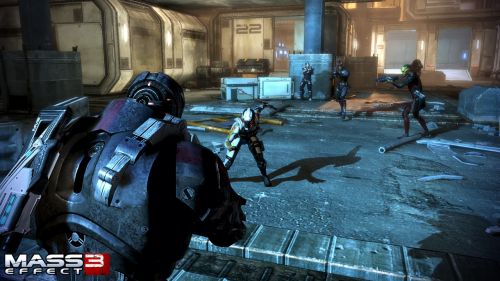 Today we have even more details concerning Mass Effect 3's upcoming co-op mode.  The information comes from an interview with ME3 producer Jesse Houston on the BioWare Blog.   Highlights include skill level matchmaking, more weapon and armor customization, and co-op specific Trophies and Achievements.  The major lowlight is the lack of  local co-op play, for now.  You can see a full list of details after the break.

Mass Effect 3 will be out on the Xbox 360, PlayStation 3, and PC on March 6th.  It supports four player online co-op.