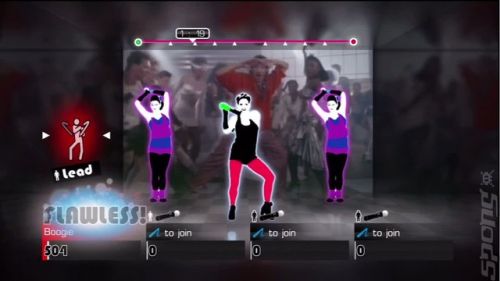 While Dance Central 2 and Just Dance 3 are the current kings of the dancing genre, there is perhaps room for another dancing game in the world. Get Up and Dance launches on Playstation 3 and Wii this week, offering a British design perspective and a mix of songs from the sixties up to the present day. And let’s not forget 4-player co-op dancing!

Not a bad trailer. Still, I must question the wisdom of making a dancing game for every console except Xbox 360… The system with Kinect, the unrivalled best peripheral for dancing games. Seems like a missed opportunity, but maybe the developers thought there would be less competition on the other consoles.

Get Up and Dance debuts November 22 on Wii and Playstation 3. The PS3 version requires the Playstation Move peripheral. Both versions support 4-player group dances and shaking your booty.