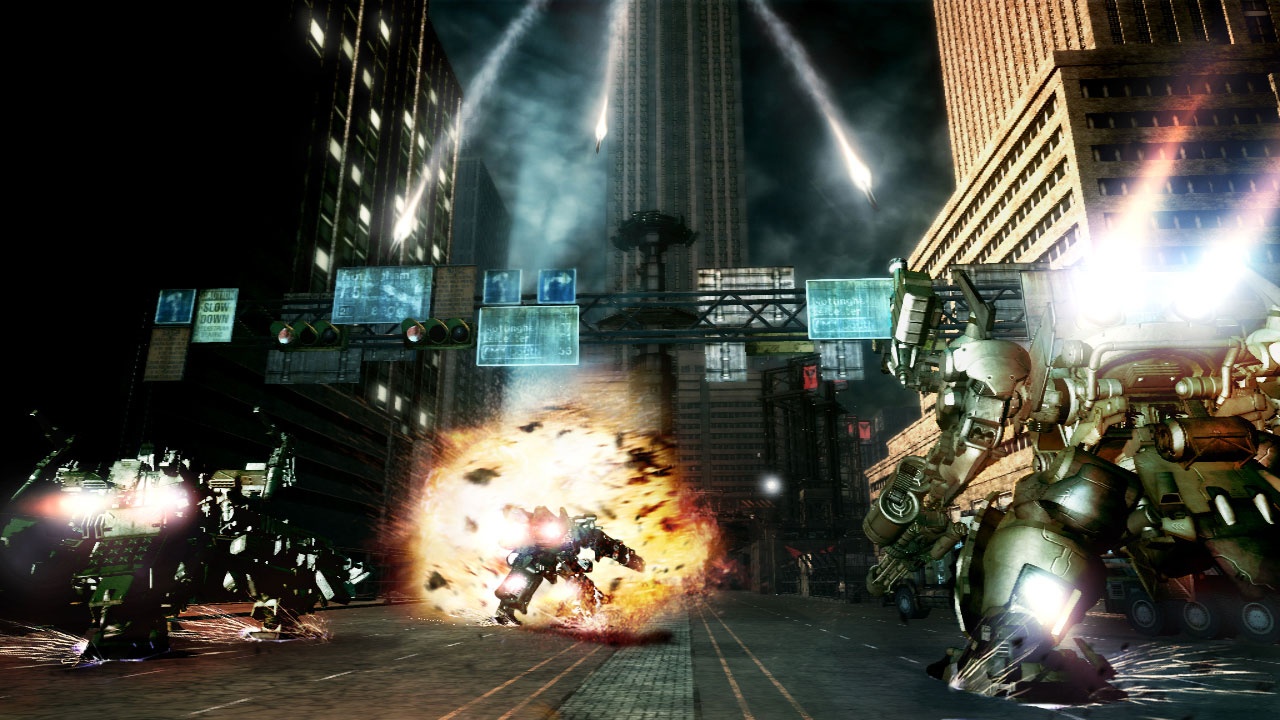 Chromehounds exiles should feel relief at last now that Armored Core V has made its way to stores. The latest Armored Core game integrates elements from the now-defunct multiplayer-oriented mech combat sim. Indeed, joining a clan is basically mandatory in Armored Core V and the entire game can now be played with online teammates. If the expanded co-op features don't get your interest, perhaps this launch trailer will.

Armored Core V supports up to five players in its co-op missions. Four players actively battle against opposing mechs while a fifth player can direct the battle from an overhead map. It sounds complex but rewarding for a 'bot fan like me - this will actually be my first Armored Core game. Have any of you guys picked it up, and for which system?