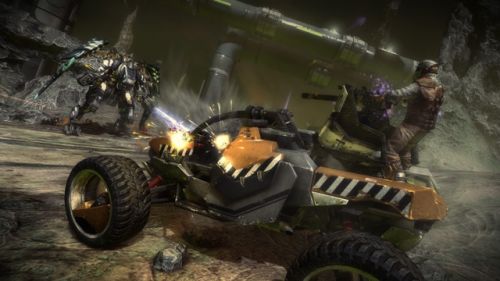 The good people of G4TV's X-Play recently sat down with the makers of Starhawk to discuss the game's co-op mode. LightBox Interactive's president, Dylan Jobe, gives Morgan Webb the rundown on some of the third-person shooter's co-op features, which include randomized waves of enemies, rift energy, reclaiming structures, player skills, as well as the build and battle system.

The Starhawk multiplayer demo has been available to anyone who has access to the PSN since February 21st. You can test your skills in a team deathmatch or capture the flag modes.  Heck, you can even enter a level solo and teach yourself the build mechanics as well as learn how to control the game's vehicles, if that's your thing. It's worth checking out.