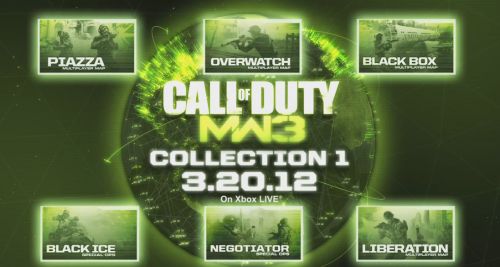 I know, I know. Most of you took your copies of Call of Duty: Modern Warfare 3 and threw them straight in the toilet as soon as that Black Ops 2 trailer hit last night. Never mind the fact that MW3 has a ridiculous amount of new content on the way. It's not just you. Take a look at the Call of Duty website. The current edition of the franchise has been reduced to a mere afterthought. Speaking of afterthougts, PC gamers are finally going to get MW3 DLC this month. Timely.

Call of Duty: Modern Warfare 3 supports two player local or online co-op. The new content drop has four maps that can be played in the multiplayer versus mode or two player co-op survival mode. Also included are two Spec-Ops missions tailored for co-op play. It will be available for PCs on May 8th. The price point is around $15.