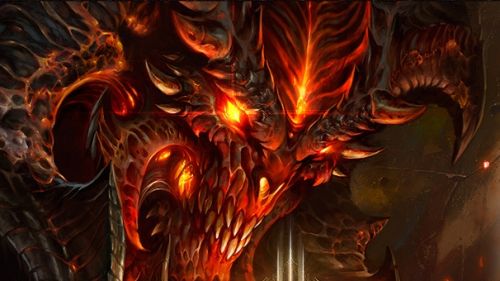 Happy Monday, people! We have a nice selection of co-op games coming out this week. An iconic PC franchise returns to the spotlight, the XBLA unleashes bullet hell, and the PSN is holding a rave in your living room. Enjoy!

Akai Katana (360) I've seen a half dozen screen shots for this title and I still have no idea what the in-game avatar looks like. Bullets! Bullets everywhere! 2 player local co-op

Diablo 3 (PC) This is what most of you will be doing this week. It's got demons and loot and stuff. 4 player online co-op

PixelJunk 4am (PS3) Feel the music with your PlayStation Move controller. Seriously. You pull music out of the air and mix it with the Virtual Audio Canvas. Sound weird? Don't worry, there's a demo. 2 player local co-op

Dragon's Lair XBLA (XBLA) It's the old playable cartoon arcade game sprinkled with Kinect controls. If you're not into the whole total body interactivity thing you can use a normal controller. 2 player local co-op

Resident Evil: Operation Raccoon City (PC) Now PC players can experience the Raccoon City disaster through the eyes of the USS. I hope it's better than the console version. 4 player online co-op

Below we have the rest of the retail releases for the week, complete with Amazon links. If we missed something, be sure to let us know in the comments section!