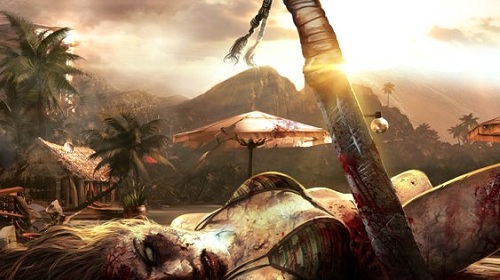 The Dead Island Game of the Year edition has been confirmed for a summer release. This should come as a surprise to few, as the re-release was outed but the UK ratings board earlier this month. The four player action RPG was one of our favorite co-op games from last year, earning  5 out of 5 in our Co-Op Review, as well as our Editor's Choice Award. Yeah, we liked it.

The GOTY edition won't feature any new content, but it will include the Bloodbath Arena and Ryder White's add-on DLCs. The best part is the price tag. You can have the whole Banoi experience for only $29.99. That's a great deal for this gory, zombie-butchering simulator. Not to be outdone, Steam is having a big Dead Island sale (60% off) which will last until Thursday, the 24th. The sales prices are listed below.

If PC gaming is your thing, you can pick up everything for $20 bucks. That's a mighty fine deal for one of the best open-world zombie-infested games of 2011.

The Dead Island GOTY edition supports four player online co-op. It will be available for the PC, Xbox 360, and PS3 on June 26th.