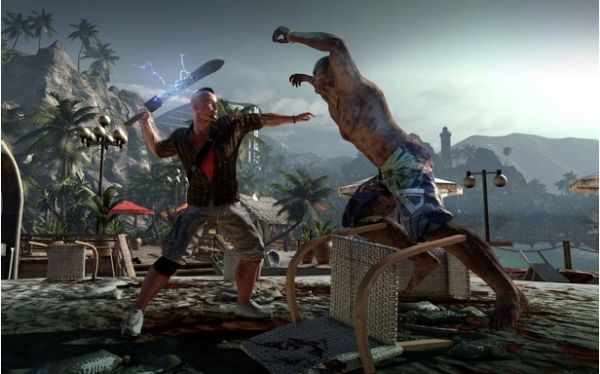 We've got some fresh juicy screens from Dead Island, a game that has burst back into the spotlight due  solely to a trailer that depicts violence against children, (okay, zombie children).  Whatever sells copies, right?   If the player does not have the ability to chuck zombie children out of windows, I call foul.  Unfortunately, it looks like that feature will not be available.  Dead Island will have a slew of other features, including open world gameplay,  an experience system, skill trees, and customizable weapons.  The game will support four player online co-op and is due out later this year on the Xbox 360, PlayStation 3, and PC.  For now, enjoy these screens.