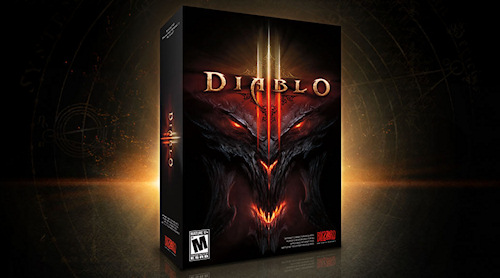 When Diablo 2 launched in 2000, I worked at a store called Electronics Boutique, the predecessor to Gamestop.  I still remember walking into the back room and seeing a stack of boxes twice as high as myself and thinking - damn - that's a lot of copies of that game.  But apparently that was nothing.  Blizzard have announced that Diablo 3 has sold over 6.5 million copies in its first week alone, with 4.7 million of those sales coming on the FIRST DAY.  And you wonder why you had an Error 37.

Blizzard was apologetic for that in an otherwise positive press release.

We also regret that our preparations were not enough to ensure everyone had a seamless experience when they did so. I want to reaffirm our commitment to make sure the millions of Diablo III players out there have a great experience with the game moving forward, and I also want to thank them for their ongoing support.

According to our review, the sales are seem well deserved.

While 6.5 million copies of the game is nothing to scoff at, it's only half of what Modern Warfare 3 sold in its first week on consoles and PC last year.  Granted, that's comparing 3 platform's sales to one.

The game's first patch was also release, including a number of bug and hotfixes for the game including tweaking abilities of certain characters.  You can find out the full (spoiler-ish) list of them right here.