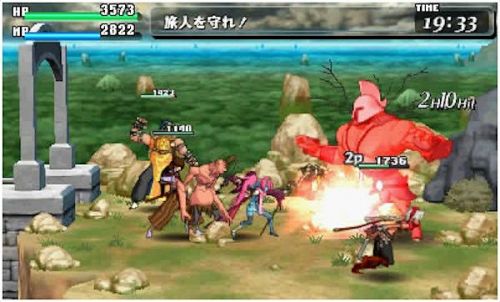 Atlus today announced a new game for the 3DS called Code of Princess.  It's a beat em with RPG elements that reminds me a bit of Dungeon Fighter Online.

Developed by an all-star team of industry veterans, Code of Princess is unlike anything else available for Nintendo 3DS, fans of action will savor the game's combat, which is loaded with satisfying chain attacks and plenty of depth--both in terms of attack options and also quite literally in the sense that battlefields employ a three-railed design, letting players move forward and back as tactics dictate. Fans of RPGs will relish the ability to level and improve their characters, converting their gained experience into boosts for the stats that best suit their play style and tactics.  This appealing amalgam of game designs is wrapped in a beautiful package, boasting lovingly rendered and animated characters and eye-catching flurries of punches and kicks.

More details will be revealed about the game at E3 2012, but we do know it'll support cooperative gameplay.