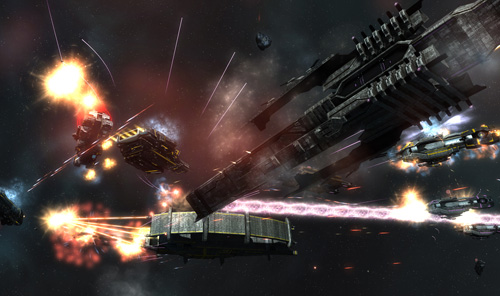 We recently reviewed Sins of a Solar Empire: Rebellion where we found it to be a strategy game of epic proportions. The scope of the game is huge and this feeling has been captured by a fan of the series, Mr. FujiKicker who has made his own rendition of a Sins Rebellion trailer - titled 'Epica'.

The theme of the video echoes our sentiment, that the game is huge and commanding a fleet is intoxicating. If you had trouble reading the review, this video pretty much sums up our thoughts in a moving picture.

Sins Rebellion is the standalone expansion to Sins of a Solar Empire, the 4X real time strategy game that puts you in command of an empire. You must build, fight, and talk your way to victory while managing your race across a galaxy. It is available on STEAM right now for $39.99