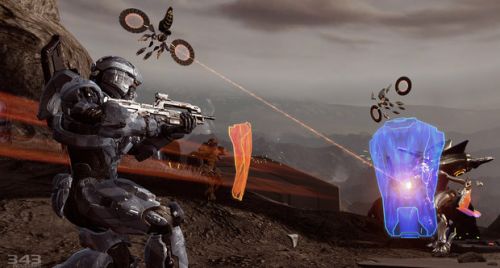 While Halo 4 has been stated to not require players to purchase in game content to have an enjoyable experience, it is a good possibility players will be forced to save up for extra memory space to play this highly anticipated fall release.

As we chug along through the slow summer months, new information specifically regarding Halo 4’s co-op mode, “Spartan Ops “, has been released, first being the mode’s storyline to take place only six months after the main campaign. 343’s own David Berger has stated in an interview with VG247:

With [Spartan Ops] being such a story-driven mode, it’s something we really wanted to be able to really push the fiction forward with after the launch of the game. It takes place about six months after the events of the campaign, but as you’ve seen in the cut-scene [shown at the Microsoft E3 press conference - Ed] the Infinity features in also the campaign. So we have some ties in the story between the two. With months of content of that style so that we can really push the story and fiction forward after launch. And that’s all part of the game.

Again, Spartan Ops updates won’t require players to purchase any extra content. It was already affirmed that the first Spartan Ops season would be included in the actual cost of the game (a very good thing). However, players might have to put their hard earned dollars into other gaming aspects come Halo 4 time. The second major bit of news stated that the multiplayer portion of Halo 4 will require players to at least 8 gigabytes worth of data space. Xbox players without an extra hard or flash drive will have to purchase one for the multiplayer alone.

Most likely, with the news of Spartan Ops’ campaign featuring 50 missions spanning 12 incremental hours will most likely increase the amount of data room needed. Start saving up now if you are running low on data, because this game’s graphics and content look definitely worth it.

Again, Halo 4 releases for the Xbox 360 on November 6th of this year.