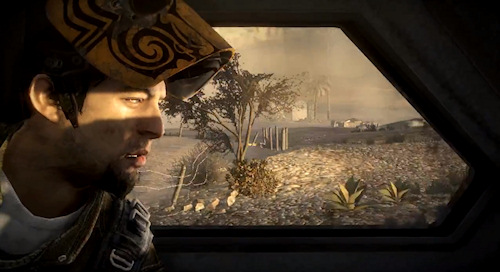 EA held a press conference today during Gamescom in Germany. They opened the show with Army of Two: The Devil's Cartel, showcasing a brand new trailer followed by live on stage co-op gameplay from the game.  While we don't have a trailer that showcases the actual gameplay that was shown on display, we do have a hip-hop filled teaser to whet your appetite.

The press conference also revealed a new gameplay feature called Overkill Mode.  Players earn points into Overkill for completing actions, and once a player kicks off Overkill the action can slow down and damage is increased.  Both co-op players can activate the mode for "Double Overkill" for some true co-op devesation.  For a game that's trying to be taken "more seriously" - it seems to be an odd addition.