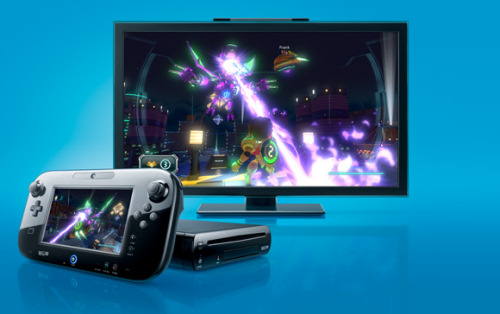 Nintendo has announced a price and release date for the Nintendo Wii U console, their next generation system.  The WiiU will launch in North American on November 18th for a price for $299.99 or $349.99.  The two packages are being dubbed the Basic and Deluxe Set.  The Basic Set will be offered in white with 8GB of storage while the Deluxe Set, with 32GB of storage, additional accessories and the new Nintendo Land video game, will be offered in black.

Along with the pricing and date announcement, Nintendo revealed several other features of the system including something called Nintendo TVii which allows owners to use the WiiPad to browse and find various entertainment shows and movies across services like Netflix, TiVo, Amazon and others.

Nintendo also announced a ton of content coming to the system between launch and March of next year.  Here's what we've scoped out as co-op:

That's a pretty solid list of titles, with some of them offering some pretty inventive ways to play co-op utilizing the dual screen.  Black Ops 2 will feature co-op play with one player using the controller for their screen and the other using the TV.  Rayman Legends lets one player control the level and assist the other players.  Hopefully we'll see more unique uses of the dual screen technology like this in further games.