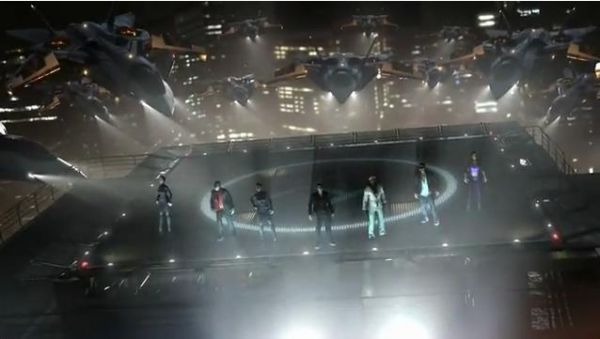 Saints Row: The Third was one of the most enjoyable titles of 2011. This was a sandbox game that shrugged off any notion of logic or mortality (or morality) and went for pure, unadulterated fun. The sex and violence was over the top and campy enough to work. Add a second player into the mix and you've got yourself a party. SR:TT was a big hit for THQ, and they offered a steady amount of DLC to keep players coming back for more.

An upcoming game of the year edition, titled Saints Row: The Third - The Full Package, will include all of the available DLC, from the tinest accessory to the largest mission pack. If you bought each of these extras seperately, you would have spent... a lot of money. The Full Package will include:

three downloadable mission packs Genkibowl VII, Gangstas In Space, and The Trouble With Clones; and more than 30 bonus DLC items from such hits as the Shark Attack pack, Witches & Wieners pack, Special Operations pack, and the Genki Girl Vehicle pack.

It truly is a staggering amount of content. And you can have it all for $50 bucks. That's a straight up steal.

Saints Row: The Third - The Full Package supports two player online co-op. It will be available on November 6th for the Xbox 360, PlayStation 3, and PC.