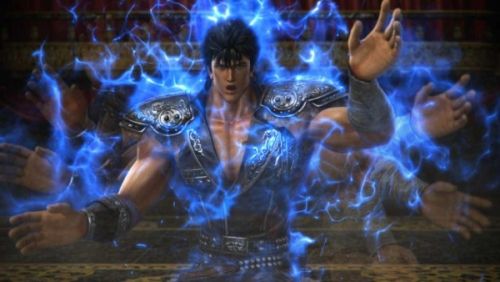 Fist of the North Star: Ken's Rage 2 is still happening. I actually picked up the first game and played through a few levels. It's not bad, but it fizzles after a few hours. The fact that Ken and Company handle like bulldozers doesn't help. The upcoming sequel is supposed to address the problematic controls and several other issues. Fans of the magna and anime should keep tabs on this one.

A new(ish) trailer launched at the Tokyo Game show. A host of playable characters are on display, including old favorites like "The Star of Martyrdom," "The Man with Miraculous Fists," "The Dude Who Punches other Dudes into a Gooey Paste," and "Look at Me! I've got Frick'n Laser Beams for Fingers," you know, those guys. Watch the trailer and feel the post-apocalyptic-ness of it all.

Fist of the North Star: Ken's Rage 2 should still feature Dream mode, which supports two player local co-op. If this changes, or if Koei adds more co-op features, you can be sure we will update the database accordingly. FotNS:KR 2, (man, even as an abbreviation, that's awkward) should arrive on the Xbox 360, PlayStation 3, and Nintendo Wii U in early 2013.