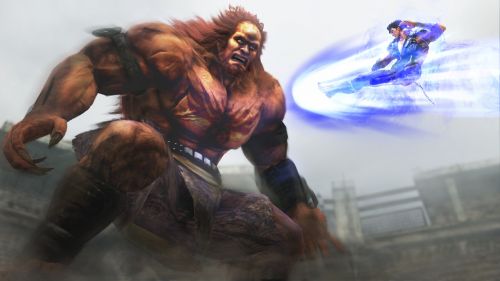 Holy media blitz! Do you want to see more screens and videos from Fist of the North Star: Ken's Rage 2? You're counting the minutes before you start your holiday weekend. What else are you going to do? Nothing, that's what.

We have six new videos showing off some of the new and old characters from FotNS:KR2 (Yuck. That's a nasty acronym.) This time around there will be over 20 playable characters. You can see a truck load of character art and screen shots following the videos. Get ready for Dynasty Warriors Ken's Rage 2!

Warning, the gameplay is bloody.

There's nowhere Ken's feet and fists are not.

Rei's fingers are still made of lasers.

At :27s Souther uses the "Shoulder Shrug of Smack Down."

Shu has mastered his own form of apocalyptic capoeira.

I think Juda kisses a dude to death in this one. Not sure.

Seriously, are any of these grunts going to fight back?

Fist of the North Star: Ken's Rage 2 has been confirmed to have at least  two player online co-op. We're not sure if it will retain the local co-op. It will be available on the Xbox 360, PlayStation 3, and Wii U next February.