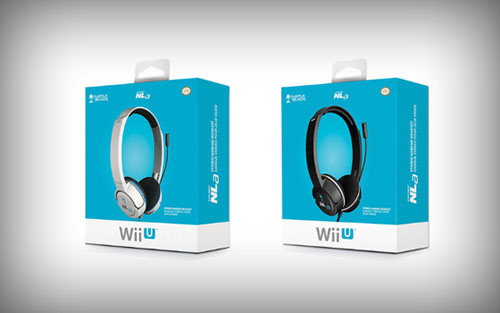 Sometimes it boggles the mind just how out of touch designers can be, complicating a situation that doesn't need to be complicated at all.  Such is the situation with the upcoming Nintendo Wii U and how you'll be voice chatting with friends in co-op games...that support it.

The Wii U GamePad, the console's controller that contains a 6.2-inch touch screen as well as a microphone and speakers will not actually be usable for voice chat.  Instead voice chat will only be capable through 3rd party peripherals and only on games that support it.  There's no party system or inter game voice chat available through Nintendo's online network.

So far there is confirmation that  Assassin's Creed III, Call of Duty Black Ops II and Mass Effect 3 will all support voice chat in their multiplayer modes.  But what exactly does it mean to support voice chat?  And what are our headset options to use?

Believe it or not, it gets more confusing.

Both Turtle Beach and Mad Catz will offer wired headset peripherals at the launch of the console.  These will plug into the bottom of the Wii U Gamepad for chat.  But if you are using a different controller like the Wii Mote or the Pro Controller, you'll need to keep that 7" gamepad nearby as sort of a "dock" for voice chat.

How about a wireless solution?  PDP will be offering a wireless headset, but compatibility is, to put it lightly, ridiculous.

Afterglow wireless headsets are compatible with Wii U. If the game chat utilizes the USB port of the Wii U console then the AG headset can receive the chat audio wirelessly. If the chat audio is directed through the 3.5mm audio jack on the Wii U pad then user can plug in the provided chat/game audio cable. It depends on how the game / chat audio is designed.

Ummm, yeah.  I'm not going to keep track of another subset of compatibility.

With the Wii U about a month away from release, it is looking like the online multiplayer options aren't going to be the most straightforward once again on a Nintendo console.