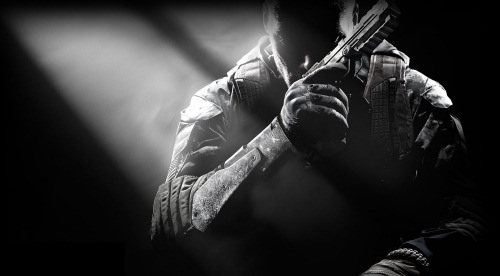 It's another year and another Call of Duty game is upon us.  Like the yearly Madden game, Call of Duty has become a ritual for some with an incredible focus on the game's competitive gameplay and over the top Michael Bay-esque campaigns.  But along with that co-op has always been present, sometimes a mixed bag and sometimes something truly special.  This year's game is Call of Duty: Black Ops 2 and it may be the most ambitious title yet.

This year Treyarch is back with their infamous Zombies mode, made famous in Call of Duty: World at War.  The mode combines strategy with action for four players as they fight back zombie hordes.  This year Call of Duty will also see a legit release on a Nintendo system with the Wii U launching this weekend.

The Co-Op Experience:  Zombie mode returns for up to four players online or locally.  A new "open world" style mixed with a deadly bus greets players in Tranzit.  Traditional survival is also available.

Black Ops 2 Zombie Footage Leaks - It was pretty quiet up to this point, in fact, we hadn't seen an official video of zombies, but some internet folks got early copies and it was on.

Call of Duty Elite is Now Free - After an experimental year where Elite was $60, Activision has now built a service that is free for everyone.  Instead folks will once again be charged for map packs and everyone will get them at the same time.

Nintendo Wii U Black Ops features Unique Co-Op - Wii U owners of Black Ops 2 can play co-op with one player using the Wii U Gamepad and the other using a TV for a unique kind of "split-screen" gameplay.

From day one, we've pushed ourselves to make the best gaming experience of our lives and I am so incredibly proud with what this team has created with Call of Duty: Black Ops II, Our vision has been to deliver the complete package - something for every type of player. Beginning with the single player campaign, Treyarch introduces things that you've never seen in the Call of Duty franchise before, like branching storylines, non-linear missions and customizing player load outs; or multiplayer, where we've re-written the rules with an all-new 'Pick 10' Create-A-Class, Score Streaks, and entire suite of eSports competitive features like CODcasting, Live Streaming and League Play that further makes Call of Duty a spectator sport; all the way to our biggest Zombies experience yet, which has three modes of play by itself - it's been an absolutely amazing experience developing Call of Duty: Black Ops II, and now we can't wait to play it with our fans.

We'll have our full review of Call of Duty: Black Ops 2 up next week.