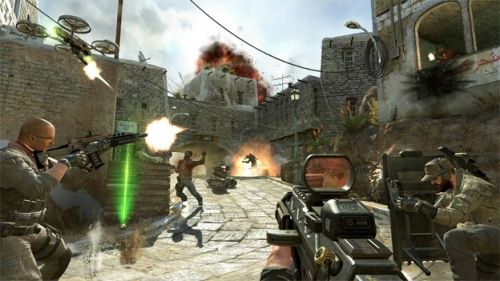 Call of Duty: Black Ops 2 has been patched on the PS3 to fix a few issues, including a nasty one where the game would lock up in public lobbies for multiplayer and co-op games.  While the new patch, version 1.03 to be exact, seems to have alleviated some issues, others are continuing to rear their ugly head for PlayStation 3 users.

Part of the issue seems to be that some people are getting the patch while others are not causing a "PS3 Version Mismatch" when trying to play online.  Random freezes are also still occurring.  Game Design Director David Vonderhaar took to Twitter to address some of the issues and said another patch is already in the works.

It should be noted that these issues only seem to plague the PlayStation 3 version of the game.

Call of Duty: Black Ops 2 is now out for the Xbox 360, PlayStation 3, PC, and Nintendo Wii U.  It features 4 player online co-op.  You can read our review right here or check out our co-op FAQ.