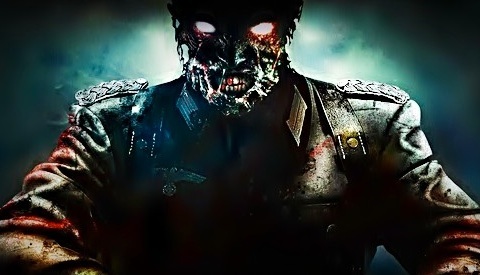 Only last week Co-Optimus suggested that Activision might be leakier than Senator Brian McLeaky, the representative for Leakyville, USA.  True to form more details of the 'Revolution' DLC for Call of Duty Black Ops 2 have been forthcoming and this time we get to learn a little more about what each map entails.

This time the source is none other than online retail behemoth Amazon.  They mistakenly posted up ads for the 'Revolution' DLC pack, only to quickly take them down again.  However, this being the internet the information was captured already by hungry Call of Duty fans:

Hydro - This large map allows you to use the dam and water to your advantage to block paths and stop enemies.

Downhill - A medium-sized map based in the French Alps complete with snow, chair lifts, and a strategically placed lodge.

Grind - Set within the locale of the Venice, California boardwalk, this small skate park map is sure to deliver fast and frenetic Call of Duty action.

Mirage - This Gobi Desert multiplayer map utilizes sand dunes to provide different levels of elevation and a sanctuary in the center as a natural chokepoint.

Zombies - Die Rise - The Zombie apocalypse has invaded China, turning down town into a dilapidated and dangerous MC Escher painting.

Peacekeeper SMG - This impressive sub-machine gun fills the open weapon slot in your load-out with power and accuracy.

Die Rise is the most important part of the DLC pack for co-op fans as it is a new 4 player co-op zombie map.  For those that don't know who Escher is may I suggest renting the brilliant film Labyrinth or reading my Mum's PHD? Basically, imagine a map that has stairs and corridors that appear to blend into one another - and then add hordes of the undead into the mix.

As usual, this is a rumor so should not be taken as gospel.  However, the sources so far have been varied and legitimate sounding so let’s hope the new DLC is out on January 27th!