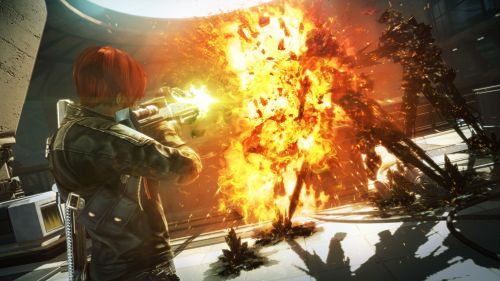 We just got a handful of new screens for Insomniac's upcoming co-op shooter, Fuse.  The screens showcase some actual gameplay and also feature our characters up close and personal.  I gotta say - the game is looking really gorgeous.  This late in the console generation it's amazing what some of the developers are able to squeeze out of a 7 year old piece of hardware.

Fuse will be out next year on the Xbox 360 and PlayStation 3.  It's being published by EA and is Insomniac's first multi-console release.  Fuse will feature 4 player online co-op and 2 player split-screen co-op.