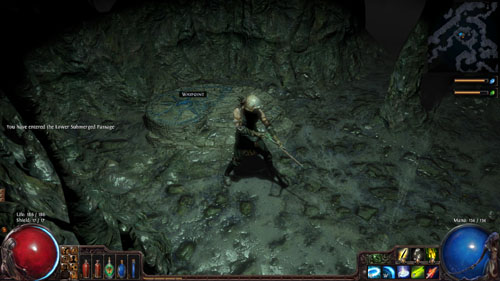 Path of Exile, a PC Action RPG, entered open beta today. The servers were wiped clean of all closed beta characters just a few hours ago, and there should be no more character wipes, even when the game officially launches. While similarities to Diablo II and other ARPGs can be clearly pointed out, Path of Exile stands apart from the crowd in several ways, including its unique skill system where skills are attached to gems (not the characters) and can be modified with other gems.

Boasting a crazy amount of character customization, PoE is certainly worth a try by any ARPG genre fan. The game will be completely free to play with microtransactions available in the shop. Unlike many other F2P games, however, the microtransactions are limited to cosmetic items (such as minipets and weapon effects), bank tabs, and character slots. Developer Grinding Gear Games is deadset against a "pay to win" set-up, and it clearly shows.

Players can form online parties of up to six players and private explorable areas are generated for said parties. You can download the open beta on their website now.