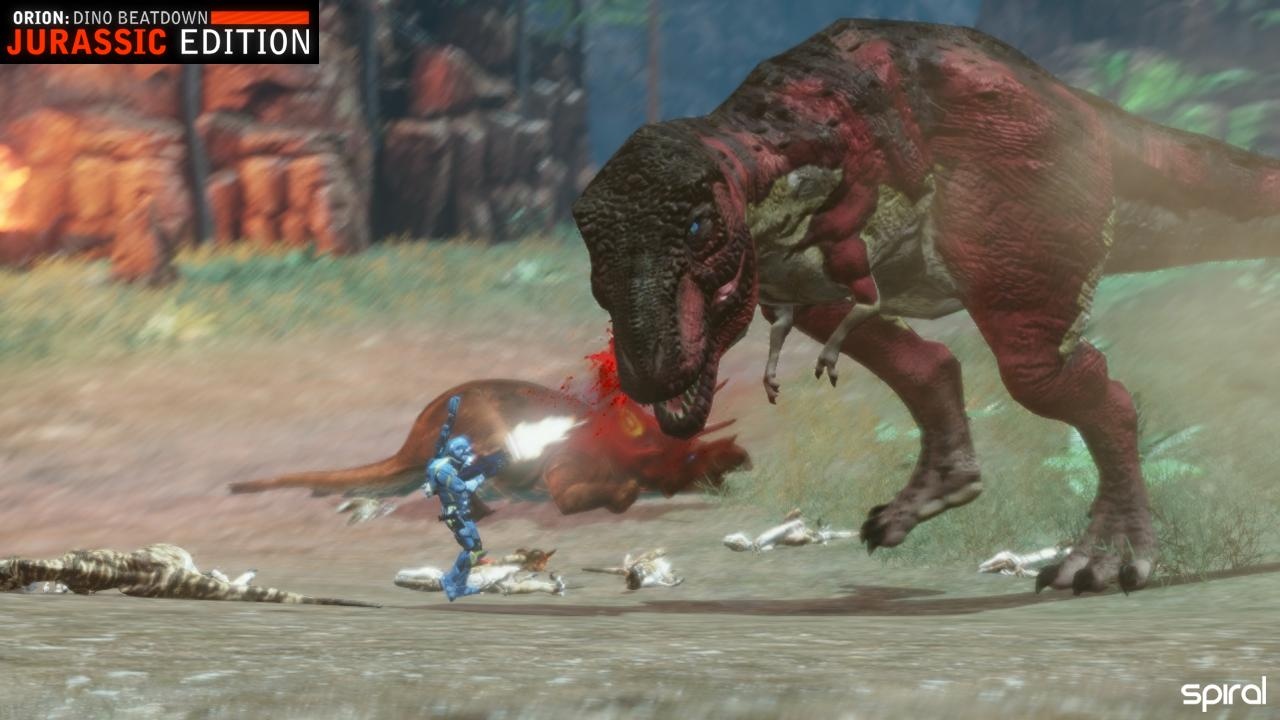 Indie PC game Orion: Dino Beatdown is a co-op shooter filled with fantastic ideas like pitting space dudes against dinosaurs. Unfortunately, the actual game had so many awkward design decisions and mistakes, it felt like the developers hadn't played a FPS game in the last five years. After debuting to scathing reviews like our own, Orion received one major update - but the PR damage had already been done. Rather than continue cooking a dead turkey, developer Spiral Game Studios has decided to start fresh (after a fashion) by releasing a sequel: Orion: Dino Beatdown - Jurassic Edition.

The new game's features include:


This is on top of other fundamental changes including:

The new hat content at least proves Spiral has now played Team Fortress 2, which is probably a step in the right direction as far as establishing a modern feel. We don't know all of the 9 included dinosaurs yet, but the existing T-Rex, Raptor and Rham-Phorynchus, as well as the previously promised Stegosaurus and Triceratops will definitely be included.

People who bought the original game or won it from our contest might be up in arms about the developers dropping support or the existing game in favor of a new one. No need to worry - all existing users will be upgraded to the new game for free. This change is really about relaunching the game and vying for better review scores, not forcing fans to make new purchases.

Orion: Dino Beatdown - Jurassic Edition will include 5-player online and LAN co-op. It's due out for PCs during first quarter 2013.