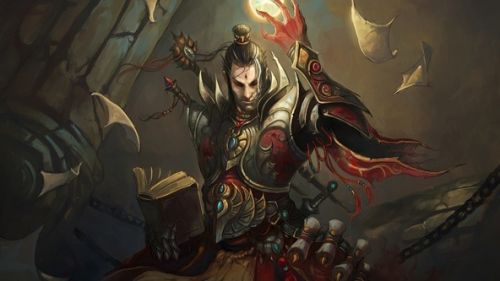 With all this talk about Diablo 3’s PlayStation 4 future, we’d think most would like to hear about what’s not so far off in the distance instead. As we are told by Blizzard, fans will be happy to know that co-op specific improvements will be arriving to Diablo 3 in its upcoming patch.

The word is out that Patch 1.08 will be enhancing the co-op experience within the Diablo 3 universe. Revealed on Battle.net from Senior Technical Game Designer, Wyatt Cheng, Blizzard has been working towards making the dry co-op farming a much more viable in the next patch. There are very few details about what sort of changes will be made, but he does state that the Diablo team doesn’t want to make multiplayer “feel ‘mandatory’ for those who prefer to play solo”:

We are looking to improve co-op farming efficiency in 1.0.8," he wrote. "Co-op play in general is a big focus of the 1.0.8 patch and efficiency is definitely one component of that. Co-op is already more efficient for some players, but this is the exception rather than the norm. The degree of co-op efficiency depends heavily on the co-ordination of the party, skill builds, and the relative gear level of the teammates. Since launch we've made some modest changes to encourage co-op play but there's still room to go farther. At the same time, we don't want to go so far as to make multiplayer feel "mandatory" for those who prefer to play solo, but we still want to err on the side of being co-op favorable.

All this is discussion about future co-op gameplay in Diablo 3 are well and good, but how will Blizzard go about incorporating them into the game? Their team is well aware of the sort of rough terrain and hurdles they’ll have to overcome to address these issues and enhance the experience.

There's also a number of hurdles to co-op play beyond raw efficiency, so we'll be looking to alleviate/solve some of those hurdles too. The Identify All feature in 1.0.8 is an example of this. Sometimes the trip back to town to sort through a bag of gear is enough of a hurdle to make somebody feel playing co-op isn't worth it. Nobody wants to be in the dungeon fighting monsters while your teammate is off in town identifying a full inventory.

Blizzard hasn’t announced the official release date of Patch 1.08 so far, but we do have high hopes that it will dramatically change the co-op element of this game. Let’s all help to make Diablo 3’s co-op better than ever by voice our opinions on the Battle.net forums (they do look at player feedback and suggestions).