Bricks4ever is an Arkanoid clone with all the features one would expect: bricks, a bat, a ball, power-ups and an odd story featuring aliens. In co-op mode, one bat is slightly above the other. This lower player can save a missed ball, but it also means the upper player can monopolize the game at times. The only unique feature was the “Zen” mode, where the brick field slowly scrolls down vertically while players try to rack up as high a score as possible. 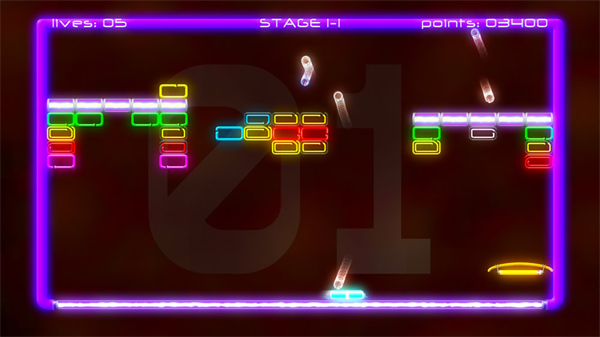 After three evenings of playing this with Tam, I was ready to write that it was a thoroughly competent Arkanoid clone that was fun in co-op. That is, until the game lost the save data. You unlock levels in batches of five. We logged in to play it again, went to load the previous checkpoint, and discovered that all of the levels were relocked. I tried exiting the game, starting it with Tam’s account, my account again, but to no avail. We were back at square one. Any goodwill this game had earned was crushed with one devastating glitch.

When the Community Games channel launched, I had high hopes that we would see some fresh, interesting content from new developers. One might even say I had unreasonably high hopes. In the co-op scene, the majority of the games are generic, clones or just plain bad. Try some demos though, we had more fun going through all of them than we did with the full games we bought. There are a few interesting ones and some that are so laughably bad to as to be worth trying.

The service is still young and developers are still learning the XNA toolset. So I have hope that we will see quality co-op games yet. My hope is doubly boosted by a couple of single player gems released so far (CarneyVale Showtime being the freshest digital take on pinball that I have ever played). And if developers continue releasing games at the same pace, we could see more than a hundred co-op games available by the end of this year. At least a few of those will have to be good, right?

Be sure to check out our Master List of All Community Games with Co-Op.